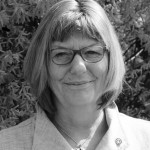 Melissa Moore
Melissa Moore. Ph.D., studied anthropology and obtained a master degree in Contemplative Psychology at Naropa Institute, Boulder, Colorado. Since 2005 she has been a co-director and teacher in the post-graduate program of the University of San Francisco. She is a director of the Felton Institute at San Francisco and concerned with the evaluation of psychiatric care of the State of California. E.g., care providers are trained here in mindfulness through meditation practice. Melissa Moore is one of the founders of Karuna Training in Europe. She lives in Petaluma, California. 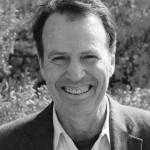 Paul Cashman
Paul Cashman, MA, CCS, CGP, obtained a masters degree in Contemplative Psychology at the Naropa University in Boulder, Colorado, in 1978.  He later served as faculty member of the program. He has been a clinical therapist and supervisor in addictions for both the Nova Scotia provincial government as well as the Canadian federal government.  Currently,  he has an active practice for individuals, couples, and families in Halifax, Nova Scotia specializing in emotional and relational intelligence. From the late 1990’s  until the present he has been a core faculty member of Karuna Training,  a training program in contemplative psychology now in six European countries.  He is writing a book on the application of contemplative psychology in the therapeutic context, especially as it applies to connecting with the wisdom within emotions. 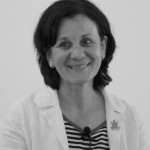 Barbara Maertens
Barbara Maertens, M.A., studied Cultural Education at university (including music, writing, psychology, and philosophy). At present she is responsible for the coordination and quality of the Karuna Training staff. Barbara Maertens seeks to deepen her knowledge and understanding in the field of human mind, communication, and body. She lives in Hamburg. 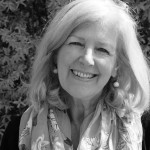 Petra Drummer
Petra Drummer taught at a secondary school for 33 years. She has been a teacher in Karuna Training since 2005. Karuna Training provided her with the missing link between a spiritual path and working on the level of emotions with oneself and with others. After her training in Contemplative Psychology she worked as a care provider with children with severe traumas
and with girl groups. She also trained them to be more aware of their environment in relation to self-defence. She lives in Stockdorf near Munich. 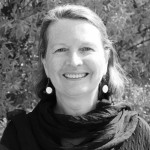 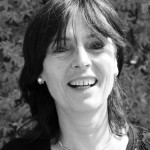 Elisabeth Fey
Elisabeth Fey, M.Sc., studied mathematics and psychology. She was one of the initiators of Karuna Training in Germany. She has a psychotherapeutic practice for adults and children. She is associated with governmental institutions and the University of Bielefeld as a teacher of psychology and psychotherapy concerning the education of psychotherapists. She lives in an ecological house in Bielefeld. 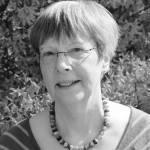 An van Bolhuis
An van Bolhuis, Ph.D., took her doctoral in social sciences. She worked at APS (a national centre for school improvement in the Netherlands) as a teacher trainer, curriculum developer, trainer, and consultant. She was a participant in the first Karuna Training cycle held in Germany in 1998-2001. She was co-founder of Karuna Netherlands, and organized it until 2011. She lives in Amsterdam.

Ike Josephus Jitta
Ike Josephus Jitta-Bartstra, M.Sc., is working as a mental health professional since 1988, at first as a physician, and later as a pschotherapist. In 1997 she started her own psychotherapeutic practice in Deventer. Ike Jitta enjoyed the first Karuna Training in the Netherlands, and became a co-trainer in 2009.

Heili Both
Drs. Heili Both, M.Sc., studied psychology. She worked at the university and was involved with
post-academic education (for general practitioners and at the education department). She was
educated as a psychotherapist, was involved in mental health care for children, and worked in a forensic clinic with adults. Inspired by the Buddhist vision of how the mind functions, and how
to work with emotions, she started her own practice in 2004. The experience she had in Karuna
Training (2005-2009) enriched he r life and work.

The Karuna organization in Europe 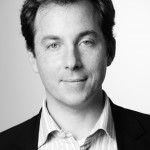 Christopher Tamdjidi
Christopher Tamdjidi is the business director of Karuna Training in Europe. He is a physicist with an MBA education, and worked as an adviser in several companies before he became an independent professional. Presently he is the business director of several organizations (e.g. Kalapa Leadership Academy, and Kalapa Hotels GmbH). He is studying and practicing meditation since 1995. In 2004 he started to conduct seminars in authentic leadership. He initiated  a research project “Meditation im Unternehmungsalltag – Auswirkung auf Stressabbau und Resilienz” (Meditation in Everyday Business Life – The Impact on Stress Reduction and Resilience) at the Ludwig-Maximilians-Universität München.

Show this page in